“In aviation, a chain of events, often called the error chain, is a term referring to the concept that many contributing factors typically lead to an accident, rather than one single event” (from Wikipedia) 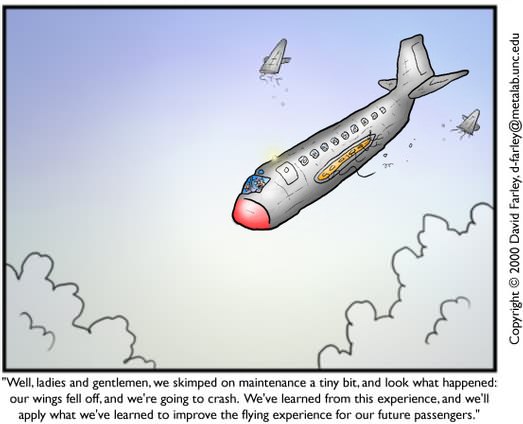 Good news.   YouMail is back in the Android Market, or will be shortly.

Bad news. What led to its removal is this chain of events – break the chain, and there would have been no issue.

As we worked through the appeal process yesterday afternoon, we eventually were given a contact for T-mobile.  Within a 30 minute very cordial phone call we understood the issue, and we had a joint plan that included T-mobile testing the app, our getting our beta into the store, and us driving users of the problematic app to upgrade to fix the issue.

Interestingly, we knew we had an issue, but not the scale of it – an unfortunate side effect of having a really scalable infrastructure.  On top of that, the newest release (which has been in beta for a couple of weeks) not only fixes the issue, but had been tightly optimized to minimize battery use, network use, and memory use.   We just hadn’t pushed it because we weren’t aware it was becoming that big an issue, and we were working on polishing areas like contact upload where the app wasn’t up to snuff (the main area where did have a boatload of complaints).

So, anyways, the problem is effectively getting resolved, and our users are being pushed to upgrade as fast as possible.

We think there are some lessons learned for all of us.

Not a fun day for anyone yesterday – but hopefully our experience and lessons learned will prove valuable to all in preventing these types of situations going forward.