We’ve just updated our BlackBerry app with some major improvements: 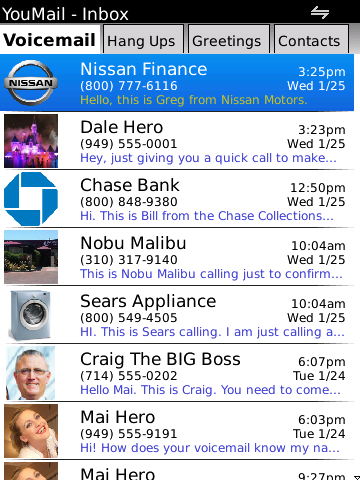 But it’s a bittersweet release for us.    That’s because we are suspending doing any further work on our BlackBerry app, at least for now.

This was a tough decision, especially since the BlackBerry is what got us our first million registered users and put us on the map as a company.    But over the past year we’ve seen our BlackBerry audience steadily shrink, with a steady exodus of those users moving to the iPhone and to Android (where fortunately, they’re tending to keep YouMail as their voicemail service).     And we’ve also seen the number of BlackBerry users/day plummet while Android and iPhone users have soared – which is easy to see from this chart of our BlackBerry registrations/day since 1/1/2011. 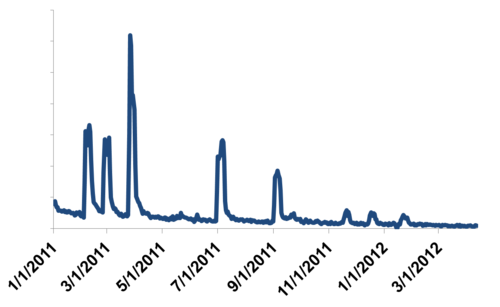 So enjoy this release.    If BlackBerry stages a comeback (and we’re definitely rooting for BB10 to take off!) or we can figure out how to drive a meaningful number of new BlackBerry users, we’ll be back.

But for now, this is the last hurrah.