Most of us have annoying callers – whether they’re telemarketers, debt collectors, or even annoying exes.  YouMail provides a simple way to block calls from these folks, forever, with just one tap, which we call “ditching”. 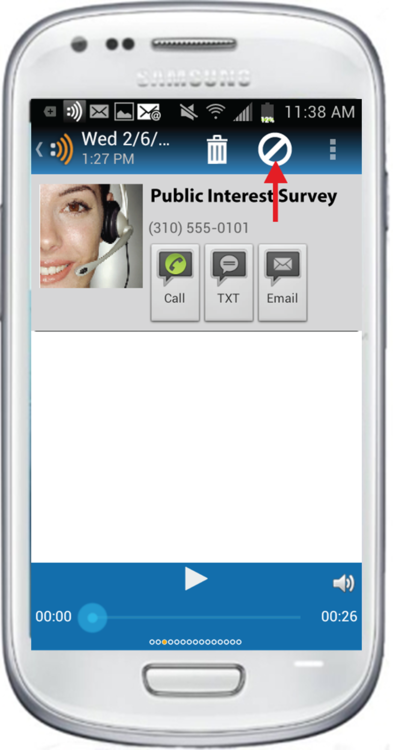 In our Android app:

In our iPhone app:

From now on, when they try to call, they’ll hear “doo-doo-doo this number is out of service” and think that your phone is disconnected.

It often takes a few calls for people to get the point, but telemarketers will sooner or later take you off their list, and exes will probably try to stalk you instead by e-mail or on Facebook.

BTW – on Android phones, ditched callers go straight to voicemail, so your phone won’t even ring.   On iPhones, your phone will still ring, so just decline the call – and trust us, after a few calls, they’ll get the point and be gone for good.   (We’d like to suppress the rings, but Apple doesn’t let us lowly app makers have access to direct-to-voicemail functionality.)