Did you know there are a set of gestures for the YouMail iPhone app that make it faster and easier to use?

You’re probably aware of the “Pull down to refresh” gesture, which in any tab forces the app to sync that tab with the server.

But there are new gestures to really speed up cleaning your inbox. In the message list: 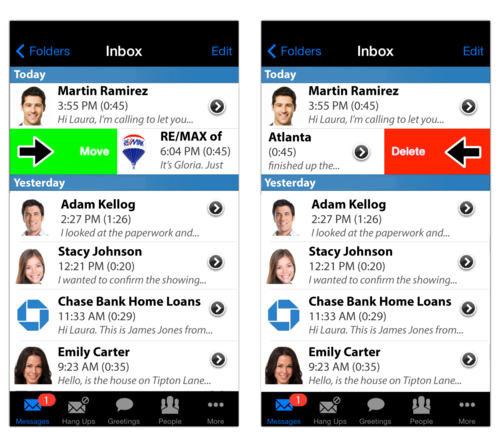 You may also not be aware of the “long presses” that can really speed up common actions   A long press is simply a “press and hold” for about a second.   What happens is specific to where you are.

Oh, and if you’re a YouMail Business Edition user, long press the “clock icon” for status greetings to set your status to busy.

Let us know if this speeds up your use of the app, or what other actions you do frequently that you’d like a gesture for!